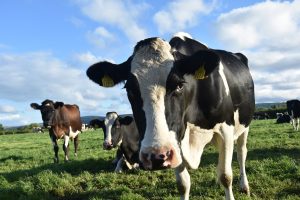 Some days the eggs congealed into scrambled mounds, other days the toaster lobbed volleys of toast, but everyday breakfast extinguished the hunger stoked by milking 50 black and white cows. During this morning caloric intake, the farmer sat and plotted, then he pencilled a chore list that would rekindle the growl in our stomachs. Mending fences on the 100-acre dairy farm was a regular. These barbed barriers kept the cud-chewing Holsteins in the pasture of the farmer’s choosing and out of the bovine paradise of growing alfalfa.

Show The Way Don’t Fence It

On the large arid farms of Australia, however, ranchers forgo stringing fences for digging wells. A strategically located source of water is more effective at influencing the cattle’s grazing preferences than erecting miles of barbed wire.

John Ortberg in his book, Eternity Is Now In Session, mentions this as he unpacks the difference between a bounded set versus a centre set. The first grouping is determined by static criteria. An object either fulfills the standards and thus is considered ‘in’ or it does not and is thereby ‘out’. In other words, the cattle are on the right side of the fence or they are not. A centre set is defined by an object’s orientation to the centre. The criteria are dynamic. The cattle are either moving toward the well or they are not.

Too often a bounded set mentality distorts our interaction with people. We string fences constructed of morals, doctrines and traditions thinking it is necessary to know who is in and who is out. In our efforts to define, we deter those who might otherwise seek a closer encounter with the Risen Messiah. Instead of being witnesses to The Way we get in the way. 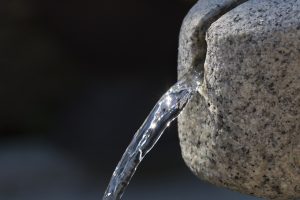 Jesus engages a Samaritan woman sneaking out mid-day to draw water. Her trip to the town well, alone, in the heat of the day, testifies that she occupies a place on the rejected fringe. To converse with her would be to contravene convention, but those cultural fences will not corral Jesus. He will not allow them to impede the redemptive engagement that might happen. Jesus initiates conversation, he offers her living water that wells up to eternal life. Without scorn or condemnation, he exposes her soul’s thirst which multiple relationships have not quenched. Then he reveals that he is the Messiah (Jn 4:10-26).

The women’s interaction with Jesus is a life changer. She not only leaves her water jug at the well, she also leaves her shame and isolation. Springs of living water are flowing, new life is emerging. Emboldened, she goes back to the town and says, “Come, see a man who told me everything I ever did. Could this be the Messiah?” (Jn 4:29-30).

She got it. No stringing fences. No bounded-set mentality. People are thirsty. She knows where The Well is and points them in that direction. She nudges them toward a life-changing encounter of their own with the Risen Messiah.

In your next conversation with a thirsty soul, how can you nudge them toward Jesus?

Previous
Are You Up For The Berean Challenge?
Next
Is It Pie Or Cake?