An encounter with the risen Lord left the women full of joy. Their positive outlook is not a perspective that is limited to the main actors of the first Easter morning. Joy can be, or better stated, should be, a legitimate label applied to our disposition too. But more times than we like to admit, our general attitude is clouded by the sin, the brokenness, and the pain of life.

The women who visited the tomb of Jesus did so out of piety and grief. They had pinned their hopes to Jesus of Nazareth, but he had been crucified dead by the Romans. Hearing the witness of the angel that Jesus was alive, seeing the tomb empty and then meeting the resurrected Lord was a game changer.

The women had been defining “winning at life” to be political liberation from Roman occupation and the restoration of material blessings. Jesus’ rising from the dead redefined what it meant to win at life. Jesus’ resurrection was sufficient demonstration that He had defeated death and had overcome evil. He was God’s anointed to provide forgiveness of sins and abundant life to all who would trust in Him. Jesus was raised as Victor, and those who trusted in Him would receive the fruit of that victory.

We can then understand joy as a winning outlook. A positive disposition that is not dependent on our present situation. Joy finds its source from Jesus the Victor, who has won over death and evil and who will coach and counsel us so that we too win over the sin, the brokenness, and the pain of life. 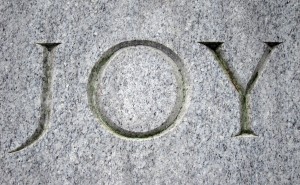 Previous
Is loving other believers a blank cheque?
Next
Eternal Living