There is this new thing that reduces anxiety, improves attention and lowers stress levels. Apple, Barclays, Deutsche Bank, PricewaterhouseCoopers and Yahoo have all invested in training their employees in this new thing. It is called “mindfulness”; and it’s not new.

Some define mindfulness as focusing one’s full attention on the present moment. Others describe it as meditation, in which one observes their thoughts and emotions from the vantage point of the audience rather than the actor.

In the 1980s, creators of an 8-week course, named mindfulness-based stress reduction (MBSR), popularized the term mindfulness. Initially, this course adapted Buddhist teachings but today mindfulness is promoted apart from any religious affiliations or practices.

The secular emphasis or the Buddhist connection stirs up doubts among Christians as to the appropriateness of mindfulness for the faithful. Let’s look into that more.

The Psalmist (Ps 46) is calling worshippers of God to “come and see”, and to focus on what the Lord has done. God’s enemies have not unseated him from power, he remains enthroned and in charge. God himself invites his people to reflect, to “be still, and know that I am God.” Even if all Hades were breaking loose, he is a “refuge and strength, an ever-present help in trouble.” More than that, he is with his people and is their fortress. 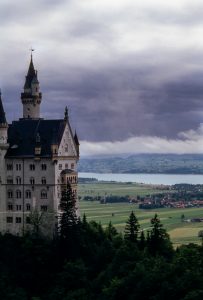 What the Psalmist is talking about is mindfulness. Paying attention to the moment, and to one’s thoughts and feelings. He wants the faithful to realize that fear and stress is not the whole story. The Psalmist wants them to step back and be mindful that God is sovereign, he is present and he is their refuge and safe place.

But words collect connotations like ships gather barnacles. For now, mindfulness denotes something which lies outside of Christian practice. So let’s drop the word and instead talk about contemplative prayer or resting in God’s presence. 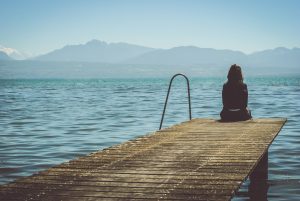 How could you move into practicing contemplative prayer? Start by finding a quiet place and ten minutes. Get seated comfortably, close your eyes and for starters think about your breathing. If your thoughts and feelings are whirling around like a tempest, don’t be surprised. Despite the mental havoc, reflect on the truth that God is with you, he is your help. Be with God in those ten minutes.

Previous
Are You All Stewed Tomatoes About Scripture?
Next
Sheep Don't Wear Sunglasses